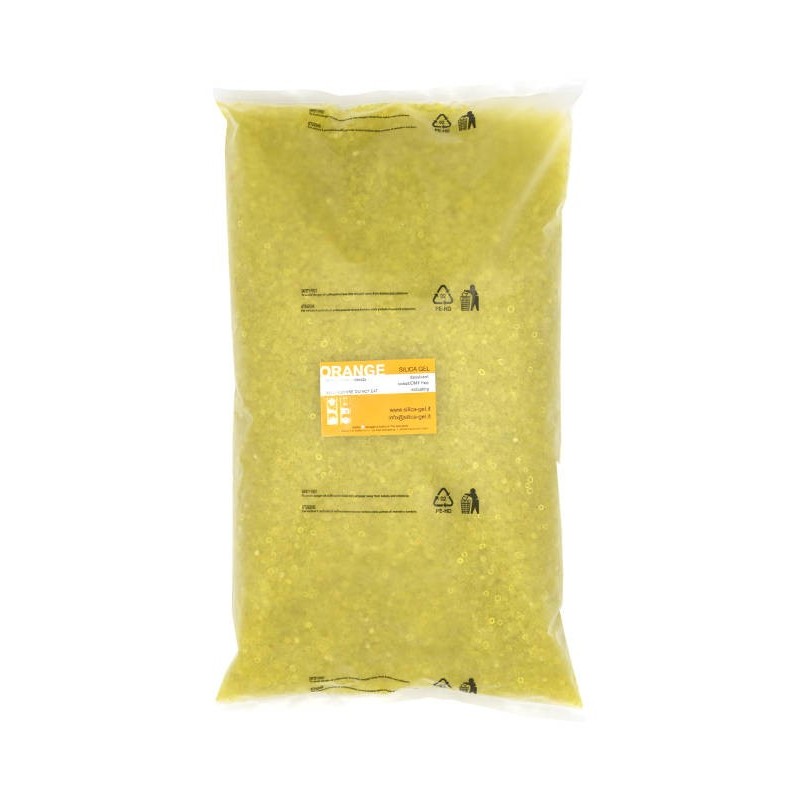 Orange Indicating Silica Gel, sometimes known as Yellow Indicating Silica Gel, is comprised of a naturally occurring mineral silicon dioxide that is purified and processed into a beaded form. When the beads are dry, they appear yellow in color, and when they have become saturated with moisture to about 15-20% by weight the beads will change to a light blue color. This type of indication enables users to visually confirm when the desiccant is needs to be replaced or regenerated.

In 1998, the European Union determined that Blue Indicating Silica Gel, which is contains cobalt dichloride, a known human toxin, and prohibited its use within European markets. Orange Indicating Silica Gel conforms to the European Union requirements for moisture indicating desiccants. Similar to Blue Silica Gel, Orange Silica gel is used in a variety of industries and applications, such as compressed air dryers, gas drying and transformer breathers.

Based on 1 customer reviews

I use it for drying wood for maschinig. It seems to be good.

Did you find this helpful? Yes 0 No 0