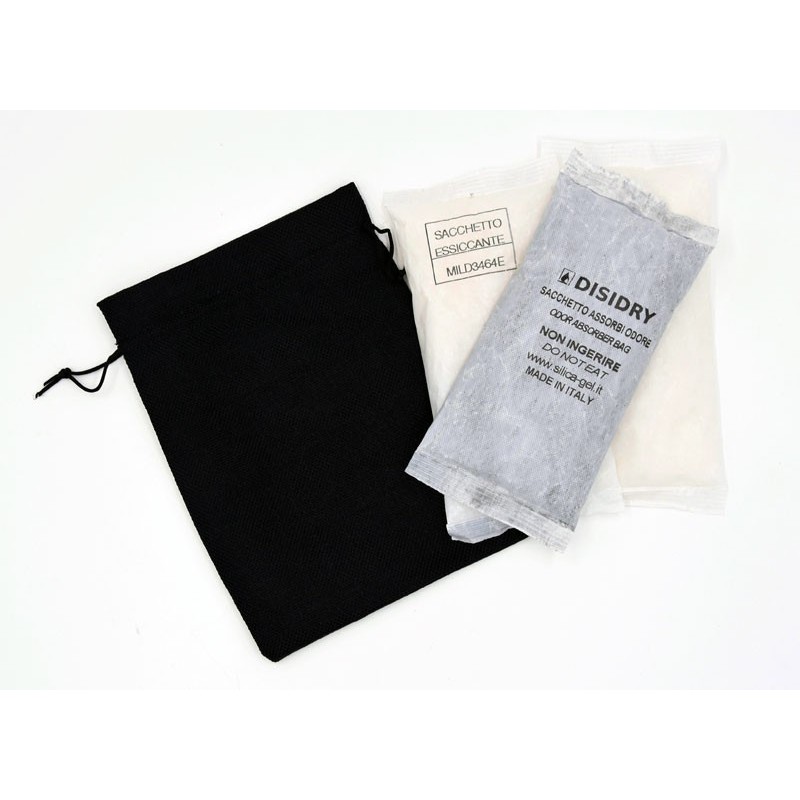 Odor problems are often related to the presence of humidity, both in the furniture and in the small rooms of the house. Thanks to the simultaneous use of carbon and activated clay bags it is possible to intervene on both problems.

Activated coconut carbon, completely natural, manages to trap odorant molecules internally through a process that is called "adsorption". This means that unpleasant odors are not simply covered by chemical fragrances, as often happens in the classic odor-covering products found on the market, but are actually absorbed and trapped inside the coal structure.

The activated clay desiccant bags absorb and retain the surrounding humidity, protecting the environments where they are placed. Clay is an absolutely natural dehydrating product that does not have the slightest contraindication in the disposal phase at the end of its life cycle.

Once the set has been used up, it is possible to order the refills to be used inside the cloth bag.