Shipping out! How do I protect the goods?

Dessiccant salts, dehydration salts: are they really named this way?

Bulk silica gel: how to choose it and when

Sachets with wrapping in Material B: DuPont Tyvek®. 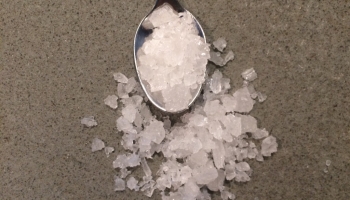 Dessiccant salts, dehydration salts: are they really named this way?

Salt, everyone knows, absorbs humidity in an excellent way. However, its use as a desiccant has been replaced with far more effective substances.

Do you know what desiccant salts are, or dehydrating salts? You might think that we are talking about salts in the chemical sense of the term, but this is not true. Everyone talks about “dessiccant salts” only because of an habit left over from the past. Today no one would actually use bags of salts as a desiccant for their goods.

For many years our company has been supplying dehydrating bags of various sizes and bulk product, helping customers in the choice of the best product for every specific use. However, the first customer's request often is about "dehydrating salts": lots of people address to us asking “dessiccant salts” for containers or packaging. Their request is clear, the word they use is uncorrect. 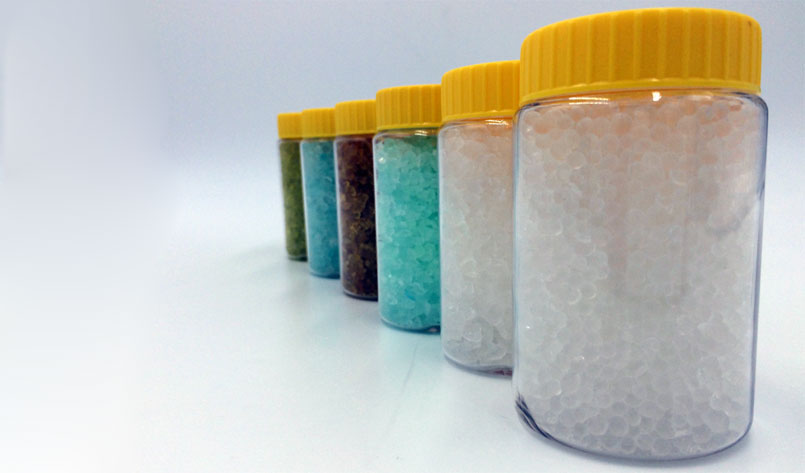 Behind every word there is a story. Finding out why people keep talking about "salts" can be interesting.

The drying power of salt

The drying power of salt has been known since ancient times, but it is not actually very high.

Sodium chloride, i.e. the common cooking salt, actually has hygroscopic properties (absorbs humidity): we all have experience of how salt clumps inside a jar if the environment is humid. However, this capacity is very limited, not efficient.

Rock salt (Halite), which is a crystalline compound consisting of sodium chloride, has a slightly higher drying power.

Salt, on the one hand absorbs humidity, on the other is also a corrosive agent and it is absolutely not recommended to leave it in direct contact with goods for a long time. In this regard, we recall another substance that is not suitable to be used as a moisture grabber: calcium chloride. Calcium chloride has a higher absorbing power than common salt, but it is also much more corrosive.

There is, however, at least one case in which common salt is still used as a desiccant today: in some homemade preparations, such as capers in salt. However, this habit is also nearly lost, because today we have much more efficient ways to preserve food (also with a lower impact on the flavor).

For sure, no one would ever consider of filling with salt a container ready to cross the ocean!

The dessiccant bags we use today

Silica gel, is by far the most used material today as a desiccant and dehydrator. Its absorbent power is significantly higher than any salt (or other "household" products, such as rice) and, above all, it is a totally safe material, which does not risk contaminating products or damaging health. .

Historically it had already been observed in the mid-1600s, but it was treated as a simple curiosity by scientists of that time.

The interest in silica gel (or rather: the first reflections on its potential use as a desiccant or dehydrator) date back to 1846 and it is mainly due to the work of the French chemist M. Ebelmen, who registered the great absorbing capacities of some forms of silicon.

It is only in 1918, however, that Walter A. Patrick, a chemistry professor at Johns Hopkins University in Baltimore, patented a method for the production of silica gel. Not surprisingly, its large-scale debut is linked to the Second World War, when it was used (among other things) to protect military equipment and penicillin supplies.

Over than 100 years have passed since 1918. 100 years in which our desiccant sachets and their high absorbency power got knowned a little at a time. In this time they got out of a few niche uses (for example, military use) and established themselves as an essential material for protecting goods during transportation, and preserving products and structures from moisture.

Even today, most people does not how the right name of those sachets that find with every leather bag, or an electronic object, they buy...

It is no wonder, therefore, that in common language everyone goes on speaking about “dessiccant salts” or “drying salts”; it's just the universal habit to assimilate something we do not know (silica gel and other desiccants for specific uses) to something we are used to handle (salt,  as everyone "knows" that salt absorbs humidity).

Moreover, there are various types of "salts" talking about chemistry or common language (aren't you talking about "bath salts", just to give an example?). Some formats of silica gel could really remind you of salt crystals .. .

In any case, no problem: when we receive any request for dehydrating or dessiccant bags, we will be able to indicate the material, the format, any variants or special features that are best for you. "Salt" or not salt.